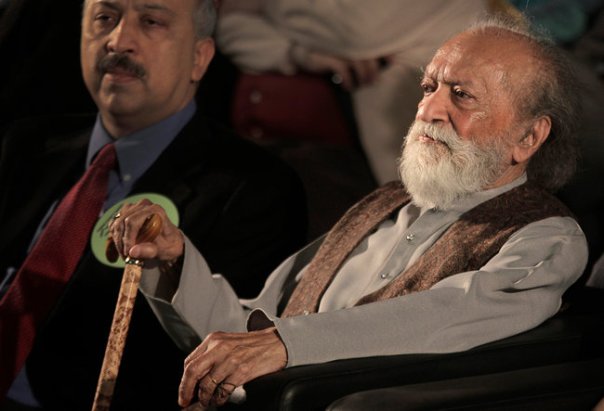 Indian sitar maestro Ravi Shankar has died in a hospital in the US, aged 92.
His family said he had been admitted to the Scripps Memorial Hospital in San Diego last week, but had failed to recover fully from surgery.
Shankar gained widespread international recognition through his association with The Beatles.
Indian Prime Minister Manmohan Singh described him as a “national treasure and global ambassador of India’s cultural heritage”.
In a statement quoted by Reuters, Shankar’s wife Sukanya and daughter Anoushka said he had recently undergone surgery which would have “potentially given him a new lease of life”.
“Unfortunately, despite the best efforts of the surgeons and doctors taking care of him, his body was not able to withstand the strain of the surgery,” they said.
“We were at his side when he passed away.
“Although it is a time for sorrow and sadness, it is also a time for all of us to give thanks and to be grateful that we were able to have him as a part of our lives. He will live forever in our hearts and in his music.”
Anoushka Shankar is herself a sitar player. Shankar’s other daughter is Grammy award-winning singer Norah Jones.
‘Respect for music’
George Harrison of the Beatles once called Shankar “the godfather of world music”.
He played at Woodstock and the 1967 Monterey Pop festival, and also collaborated with violinist Yehudi Menuhin and jazz saxophonist John Coltrane.
Jump media playerMedia player helpOut of media player. Press enter to return or tab to continue.
Media captionRavi Shankar teaches George Harrison the sitar
Shankar also composed a number of film scores – notably Satyajit Ray’s celebrated Apu trilogy (1951-55) and Richard Attenborough’s Gandhi (1982) – and collaborated with US composer Philip Glass in Passages in 1990.
Talking in later life about his experiences at the influential Monterey Pop festival, Ravi Shankar said he was “shocked to see people dressing so flamboyantly”.
He told Rolling Stone magazine that he was horrified when Jimi Hendrix set his guitar on fire on stage.
“That was too much for me. In our culture, we have such respect for musical instruments, they are like part of God,” he said.
In 1999, Shankar was awarded the highest civilian citation in India – the Bharat Ratna, or Jewel of India.
George Harrison, Ravi Shankar and Patti Boyd

He introduced the Beatles to the Indian sounds that informed their later music. George Harrison once called him “the godfather of world music”.
Life in pictures: Ravi Shankar
Tributes pour in
Western musicians praise Shankar
On Wednesday morning, shortly after his death, the Recording Academy of America announced the musician would receive a lifetime achievement award at next year’s Grammys.
The Academy’s President Neil Portnow said he had been able to inform Shankar of the honour last week.
“He was deeply touched and so pleased,” he said, adding, “we have lost an innovative and exceptional talent and a true ambassador of international music”.
Born into a Bengali family in the ancient Indian city of Varanasi, Ravi Shankar was originally a dancer with his brother’s troupe.
He gave up dancing to study the sitar at the age of 18.
For seven years Shankar studied under Baba Allauddin Khan, founder of the Maihar Gharana style of Hindustani classical music, and became well-known in India for his virtuoso sitar playing.

For the last years of his life, Ravi Shankar lived in Encinitas, California, with his wife. 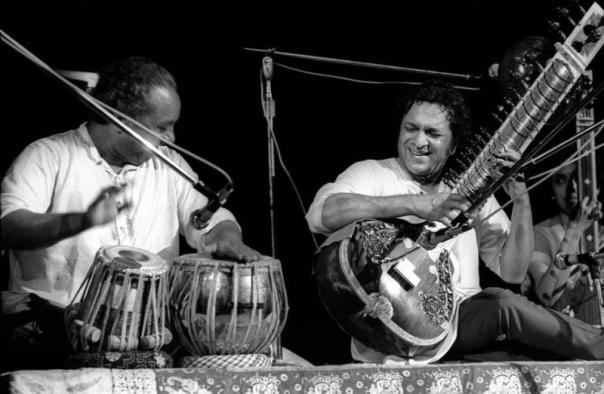 Posted on January 20, 2016, in Uncategorized. Bookmark the permalink. Leave a comment.

This site uses Akismet to reduce spam. Learn how your comment data is processed.